Posted by alona zakharchenko
on 18 March 2015 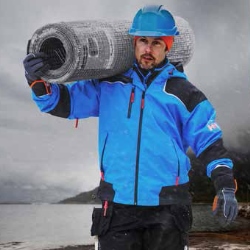 In 1877, Helly Hansen found a way to stay protected from the harsh weather that he encountered in his work as a sea captain. Later, he and his wife Margrethe started their businesses producing waterproof jackets, trousers, sou’westers and tarpaulins. They were made from linen that was soaked in linseed oil.

Over 140 years later, technologies have advanced but the Helly Hansen philosophy stays the same. As a leading brand in the workwear industry, the quality and functionality of Helly Hansen’s workwear mean that it has a worldwide reputation for excellence.