What You Want, When You Want It…

Protec Direct are one of the largest suppliers of PPE & Workwear in the UK. Centrally based in the West Midlands, our 55,000ft² National Distribution Centre is ideally located to serve you, wherever you are in the country. Our huge stocks and regular deliveries ensure that you get what you want, when you want it.

Whatever industry our customers operate in, from heavy industrial to light catering, from professional construction to laboratory work, we are able to offer a comprehensive range of products to satisfy the most demanding performance criteria. We also offer an in-house badging service, enabling you to personalise your PPE and workwear with your choice of logo.

1868
James North & Sons established in the UK as a manufacturer of leather fashion gloves and military gloves based in Hyde, Cheshire.

1947
James North, one of the leading glove manufacturers discovered and produced the first PVC glove.

1977
James North & Sons introduce a selling arm called Northide to sell a full range of PPE to the market.

1983
Northide changed its name to Northide Chadwick and added engineering products to their range of PPE.

1986
Northide Chadwick changed direction by reverting back to being a PPE specialist and changed its name to Siebe Protec.

1990-1991
The Siebe Group sold Siebe Protec to a local businessman. The Siebe part of the name was dropped and became Protec.

Protec then became Protec Direct and was the first PPE Company in the field to produce a mailshot catalogue dedicated to PPE at affordable prices.

1998
Protec Direct’s rate of growth over the 7 year period did not go unnoticed, and in 1998 the business was purchased by SIG Plc.

2015
Protec Direct celebrates it's 25th Anniversary! Look out for exclusive promotions, competitions and voucher codes to help celebrate this silver year in style! 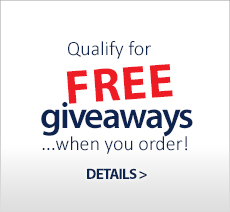