HSE executive criticised by farmers for choice of words

Posted by alona zakharchenko
on 23 July 2019 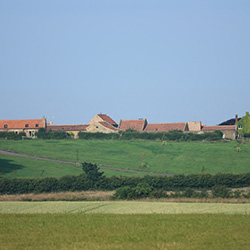 At a National Farmers Union Council meeting in June 2019, Rick Brunt, the Health and Safety Executive (HSE) head of operational strategy, was accused of being offensive when he said that farmers “killed” people. He replied to his critics by saying:

“I take your point that some incidents are completely unavoidable, but it is so rare for me to see that. “In the past five years I have seen over 160 fatalities and the absolute vast majority of those I can see how they could have been avoided.

So I very consciously use the word ‘kill’ rather than talking about accidents.”

Brunt has previously said that the agriculture industry had taken the lives of 52 people, left 20,000 injured and made 22,000 ill.

He criticised the practice of allowing children to drive or sit in tractors on farms. Many farmers argue that this is safe because modern tractors have seatbelts and roll-over systems, but Blunt made the point that allowing children in the tractor cab normalises the place of children in workplaces. He said: “If you want to change the attitude in this industry, tackle that really big one. Start with the idea that it is no longer acceptable to have children in the workplace.”

Blunt’s words demonstrate that keeping workers safe goes far beyond wearing protective workwear. The use of forceful language can arguably help the industry face sensitive issues about implementing the best health and safety procedures to prevent injuries and even save lives.