5 Things Construction Workers Can Learn From the Lego Movie

Posted by Chris Broughton
on 24 February 2014 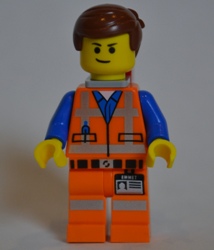 Flashback to your childhood and chances are you’ll remember spending a few rainy afternoons building something genius with everyone’s favourite brick toy, Lego. Whether you built a mansion to put a roof over the heads of your beloved plastic pals or took it to the next level like these master builders, you will have picked up skills which may have even driven the interest which spurred you on to a successful career in the construction industry.

Celebrating all things Lego, The Lego Movie has opened with critical acclaim and it’s not only the kids who can learn from it. With the lead character Emmet as an all-conquering, Armageddon fighting hero by night and construction worker by day, believe it or not, there’s a few things construction workers can take away from this animated epic.

1. Sometimes it’s good to think outside the box
There are times where it’s vital that instructions, rules and regulations are followed especially in regards to safety concerns but the Lego world full of conformity and instruction lacked creativity and the ability to think for yourself. The Master Builders that Emmet meets along his travels can build anything at speed and without instructions which enables them to escape sticky situations. The world is your oyster to build, so think creatively if opportunity allows it.

2. Work as a team, don’t go it alone
Many hands make light work, so don’t be afraid of allowing team spirit to take over to produce some remarkable results on site. Considering our previous point, individual creativity is great, but the Lego Movie showed that taking it too far occasionally caused a hindrance when working together. Our hero didn’t go it alone, he had a whole host of superheroes and skilled super star builders on his side to help save the day, so take the same approach to your next project.

3. You may think you’re invincible, but PPE is essential
Batman may have his suit, Superman may have his cape, but the leading man of the Lego Movie has a more recognisable iconic costume- fully kitted PPE. Emmet considered to be the average construction worker at the beginning of the movie is never seen out of his PPE, meaning that he takes his safety seriously. And we’re not surprised considering some of the risky, near death situations he comes up against.

4. Your handiwork is impressive
One of the most satisfying parts of working in construction is taking a project from start to finish, a feeling hard to rival. In the movie a son’s Lego creation melts the heart of bad guy. Where your builds may not be saving the world they are making a lasting impact for those who come to live or work there, and adds another milestone in history of the area you’ve been developing.
Last but certainly not least…

5. Construction workers are some of life’s heroes
Scarifying himself for his friends, counting numerous world saving superheroes amongst his peers and finding solutions for the greater good is nothing any construction worker wouldn’t do right? It may have originally been a case of mistaken identity but Emmet could cut it with the best of them. For a construction worker nothing is too much of a challenge.

Now where’s that old Lego set we used to have…