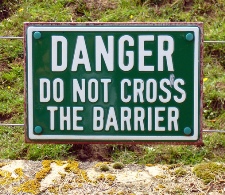 The director of a zoo in Cumbria has been charged with several breaches of the health and safety regulations, which are believed to have led to the death of a zookeeper.

David Gill, of South Lakes Safari Zoo Ltd, previously South Lakes Wild Animal Park, faces prosecution from Barrow Borough Council in connection with the failure to act on two improvement notices and for breaches that allegedly led to a zookeeper, Sarah McClay, being mauled to death by a Sumatran tiger in May 2013.

McClay, aged 24 from Glasgow, was mauled when a tiger managed to get into the corridor of the tiger house. Unfortunately, her injuries were too severe and she was pronounced dead at the hospital. In another incident that took place last year, a zookeeper tumbled from a ladder while she was getting the feed ready for the big cats at the zoo.

Gill faces several charges, including failure to comply with two improvement notices and failure to ensure the safety and welfare of employees working with big cats, including the safety of McClay. Conditional bail has been granted to Gill, who founded the zoo, and he will be required to attend Preston Crown Court in October for a preliminary hearing. McClay had enjoyed working at the zoo and thought that working with the cats was a privilege.

Employers are required by law to maintain the health, safety and welfare of employees, which may include the use of PPE or protective workwear.