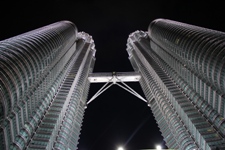 A recent analysis of the PPE market has suggested that there will continue to be strong growth throughout the world, with some areas seeing growth in particular areas.

Most notably, according to the study from US-based Frost & Sullivan, the Asia-Pacific market will be a strong growth area for above the neck personal protective equipment (PPE).

This is largely due to the continued accelerated rate of growth in the construction market in AP. It is also supported by the strength of the Australian and New Zealand markets, which will see a lot of sustained growth in the replacement equipment and upgrades market.

With the emerging economies of South East Asia focusing on large scale civil engineering projects such as roads, bridges, harbours, airports and railways, such protective clothing will be key.

This will be further enhanced by the construction of hospitals and other public buildings, alongside residential developments and private works gaining pace. An ever rising domestic income level will also push things further forward.

Another huge driver for the PPE market in general will be increased safety standards in Asia Pacific. This is particularly expected with large multinational firms opening up increasing numbers of offices and locations in the country.