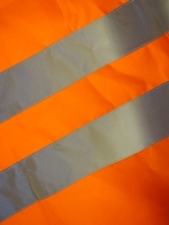 A line of protective workwear has been developed specially for pregnant women working in the mining industry.

The development by a newly created Australian firm is already proving popular across many sites in the country, as Australia continues to grow its above and below ground mining operations.

According to a study back in 2011, nearly one fifth of workers in the Australian resources industry were female. However, only standard hi-vis clothing was generally available. Ill-fitting and potentially dangerous, pregnant women were particularly at risk.

According to the designer of the workwear, the lack of options was worrying.

Citing one example of a pregnant manager having to wear an unfastened hi-vis shirt to a site meeting, the designer claimed the lack of female-suited PPE was almost unbelievable.

The Australian mining industry is a huge contributor to the country's relatively settled economy. Throughout the country, women work in all areas of the sector – from the back office administration teams to the face of the cutting and underground.

The demand for appropriately fitted workwear is clear as a result, with one of the largest employers in the country, Anglo American, amongst the first to recognise the need.

A spokesman for the firm, Rebecca Capper, said:

“As a company that values diversity and inclusion in our workforce, we are delighted to offer women a choice in workwear that aligns with our safety requirements while keeping them comfortable during their pregnancy.”

Other firms are expected to embrace specialised women's personal protective equipment and clothing.