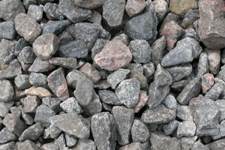 A stark warning has been issued by the Health and Safety Executive (HSE), following an investigation that revealed threats to the health of workers in the stone industry.

During the initiative, HSE inspectors carried out visits to stone companies in the South of England. Among the 60 companies included in the visits were stonemasons, manufacturers of work surfaces and monumental masons. The programme of visits was supported by the trade body for the stone industry, with some of the businesses being members of Stone Federation Great Britain and others being nonmembers.

More than half of the companies had serious breaches of the health and safety regulations, which resulted in Improvement Notices being issued, along with four that received Prohibition Notices. Advice was provided by the inspectors to other companies. Although a large number of the companies were trying to maintain a safe working environment, there were some areas for concern at many. The concerns included inadequate machine guarding, the storage and handling of stone, risk of explosion from air compressors and Respirable Crystalline Sylica (RCS), which produces a dust that can be hazardous.

Some of the issues concerned the protection of workers from the harmful side effects of dust and chemicals. Inadequate face masks and other PPE was a concern for the inspectors. The Health and Safety Executive will be working with the businesses, along with full cooperation from the Stone Federation Great Britain, to put measures in place to improve safety until the required standards have been reached.