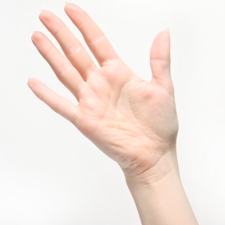 A worker at a soft toy factory lost his hand following an incident involving an unguarded machine.

Sheffield Magistrates' Court was informed that the worker was drawn into a machine that had been left unguarded in March 2016. The employee of The Stuffing Plant Ltd, had been trying to remove a blockage in a carding machine, when the accident occurred.

A flange attachment had originally connected pipework to the machine, so that loose fibre would be supplied to one toy filling machine. However, the pipework and flange had been left off the machine so that it could supply three toy filling machines within a wooden enclosure. Due to this action, a spiked roller, which was inside the discharge chute, became accessible during operation due to being unguarded.

When a blockage occurred in the machine, the worker had gone into the wooden enclosure to try and clear the discharge chute of loose fibre. As the spiked roller was still turning, it made contact with his left hand, pulling him into the machine, resulting in the worker losing most of his fingers. Surgeons at the hospital had to amputate his hand due to the severity of the injury.

The company was prosecuted by the Health and Safety Executive, and was fined £35,000 along with costs of £2,486. Eddy Tarn, the HSE inspector, said that putting the correct measures in place following planning could have avoided the life-changing injuries incurred by the worker. This may have involved the use of PPE or other protective equipment, in addition to a guard.