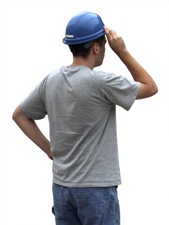 Recently announced figures have shown that work-related illness costs the UK economy almost £14 billion a year. However, they also show that the workplace is often one of the safest environments you can be in.

According to the latest results of a study into EU statistics and the Labour Force Survey, there are about 1.1 million Britons suffering from a work-related illness each year. However, in 2012, there were just 148 employees killed at work.

This is a rate of 0.5 fatalities per 100,000 employees. In contrast, 80 people died from exposure to the forces of nature. Pro rata, this means that relaxing outside is more risky than being at the daily grind.

Throughout the year, there were 78,222 non-fatal injuries. This works out at a rate of 312 per 100,000 employees, with just a quarter being logged as serious.

The risks for serious injury at work are still evident though, with the industrial sectors bearing the brunt of fatalities and serious injury. The construction industry saw 39 fatalities last year for example, whilst there were 29 in the agricultural sector.

These are practically at 50 percent of the level they were 20 years ago, largely as a result of stricter health and safety laws and the insistence by firms that staff wear PPE clothing.