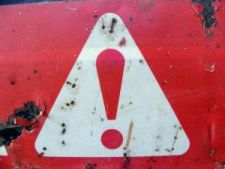 An 18-year-old who had just started on a work experience course had his pelvis crushed as an electric panel fell on him during his first day in the workplace.

Nathan Woolley was pinned to the floor by the half-ton panel until a crane lifted it from him.

Woolley had just started on work experience at Radwell International in Newcastle-under-Lyne, Staffordshire, when he was asked by an employee of the company to keep a panel steady for him. The panel fell, knocking Woolley to the floor and crushing his pelvis.

The court was told that the teenager had “screamed in pain” until the panel was lifted from him with a crane. Following the incident, which occurred in December 2014, Woolley spent two weeks in hospital.

The company, a supplier of industrial equipment, was fined £86,000 and had to pay costs of £12,143. The court stated that although Woolley had made a full recovery from the accident, he was now cautious about heavy lifting. The court added that the company had a good record for health and safety, and had accepted full responsibility for the incident.

According to the Health and Safety Executive, there had been no risk assessment in place for the task, which involved dealing with abnormal loads. No safe system of work had been put in place either, and a lack of training for those working on the operation was evident.

All companies should have a safety process in place, which for some tasks may be as simple as using PPE.