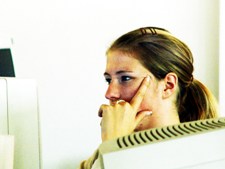 Two Australians have launched what they hope will become a very successful line of safety workwear, as they target female construction workers.

Laura Madden and Juanita Mottram have released eve Workwear – a range that has been designed with both utility and fashion in mind.

Talking about how turning up on site for client meetings in “daggy” clothes inspired the pair to develop the clothing, Juanita commented:

At first, the clothes were only worn by Juanita and Laura. After receiving praise from others though, they extended the range and started selling it to other females working in industrial roles.

Juanita explained that since extending the clothing line, they had received positive responses, including from female truck drivers.

The two Australians hope the range will continue to be worn by women workers, and start to play a part in getting more women to consider the possibility of entering manual jobs.

“Both Laura and I have stayed with the tools rather than moving into management or administration roles, because we are trying to show girls in high school that trades are an option.”

She continued to say they are aiming to create a change in the industry.