Window cleaner shocks onlookers as he works without safety equipment 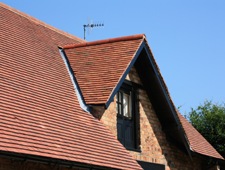 A cleaner of windows, recently spotted working without a harness or other form of safety equipment, has been branded as both “stupid” and “fearless” by onlookers.

The worker was caught on camera whilst cleaning a top floor window, just holding on to the window frame for support.

According to the Daily Record, the unknown man cleans the windows with his free hand while holding on with the other, all without the aid of personal protective equipment (PPE).

Witnesses of the incident said that he climbed out of each window before cleaning it. One witness was sat working and noticed the daring individual. Initially, he believed that the window cleaner was performing a routine task, and then realised that he didn't have a safety harness or other equipment to keep him from falling.

The witness, Barry McLauchlan, said he was concerned for his safety. He explained:

“I saw him climb out of the window. He closed it behind him and washed the window as if it was a ground floor and nothing had happened.”

He added that the only thing to keep the cleaner safe was his hand holding on to the frame. McLauchlan and his co-workers think that the man may be self-employed, as an employer would not allow a worker to jeopardise their safety that way.

According to a spokesperson for the Health and Safety Executive (HSE), one of the biggest causes of workplace injuries and fatalities is falling from a place of height.