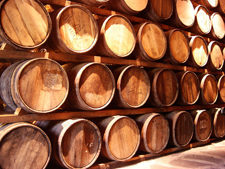 A food company in Ince, Wigan, has been fined following an incident where a worker was crushed to death by a bale of waste.

The incident took place at Hitchen Foods on February 4, 2015. Jacek Adamowicz, 29, had been sweeping up when a stack of plastic bales weighing three quarters of a tonne fell on him.

Adamowicz was trapped beneath the bales for seven minutes as others tried to free him. Although doctors at Wigan Infirmary tried to save him, he died later that same day, as the crush injuries to his chest had starved his brain of oxygen. The inquest lasted four days, with a verdict of accidental death being recorded.

An investigation conducted by the Health and Safety Executive found that a safe system of work had not been implemented, leaving employees exposed during the stacking of bales. The bale area was not monitored, and formal training was not provided for employees. The Bakkavor Group, the owners of Hitchen Foods, pleaded guilty to the breaches of health and safety, and were fined £2m and ordered to pay costs of £32,595.

Gerrard Dolan, the manager for health and safety, said that he had not carried out a risk assessment on the bales as he did not foresee a risk. A yard supervisor came forward and said that there had been one previous incident involving a leaning bale during 2014, but he had been informed that the problem was being dealt with.

The company immediately put procedures in place to prevent any further incidents. Safety procedures at any company may include the use of PPE, workwear and training.