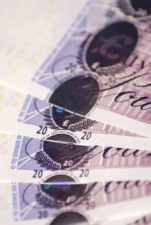 A company in Newport, South Wales which was recently fined for breaches of health and safety, has laid off six employees in order to bear the cost of the penalty.

In May this year, an investigation by the Health and Safety Executive resulted in a £200,000 fine for Asset International Ltd, as it had breached regulations. The company had ignored concerns voiced by staff and failed to deliver adequate training, which caused a number of the workers to incur injuries to their hands and arms. In addition to the fine, the company was ordered to pay costs of £27,724.28.

Six workers at the firm have been sent a letter, stating that their jobs have been cut as a result of claims for personal injury, the fine and costs, and a decline in business. Three of the jobs have been cut from the site welding sector and another three from the welding and fabrication department. One of the letters, seen by The Argus, stated that the company had had to deal with "various challenges" since the start of the year. According to the letter, the company had lost 20% of its sales budget and profits had reduced by 12% in comparison to the same period the previous year.

Simon Thomas, the managing director of the company, said:

"In order to ensure the business remains both sustainable and competitive in the long term it is our policy to frequently review costs which allow us to make judgements on our current and projected performance."


To protect workers from injury in the workplace without incurring significant expense, it is advisable to provide training and suitable workwear and PPE.