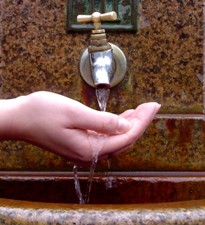 A water company has been fined nearly £2m and has produced new lone worker protection, following the death of a worker in 2013.

South West Water had repeatedly been warned about the dangers of employees working alone, yet had not taken sufficient action to prevent the death of 54-year-old Robert Geach.

The worker had been found on December 30, 2013, floating face down in a sand filtration unit at Falmouth Docks. Truro Crown Court was told how Geach had been carrying out routine work, when he had fallen into the unit with no way to call for help or get out of the tank. His body was found by a colleague more than four hours later.

Prosecutor Sean Brunton stated that the incident had been “an incident waiting to happen” and that the firm had failed to heed previous warnings that a lone worker could fall into a tank.

Brunton also referenced a previous incident, when another employee had fallen into a tank, although he had been rescued around one hour later. The Health and Safety Executive carried out an investigation, criticising the Lone Worker Alarm system. Despite the alarm being raised at 4:53 pm on the day of the incident, his colleague, Terry Gorniak, did not find his body until 7:50 pm.

The company was fined £1.8m and told to pay costs of £41,000. However, South West Water has made a number of improvements to ensure the safety of workers in the future.

All employees are bound to care for their workers, often including the use of PPE or other safety measures.