US scientists 'exposed' to anthrax 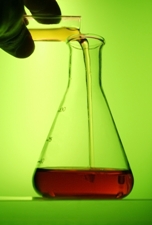 A group of scientists working in America may have been subjected to live anthrax due to not wearing the right personal protective equipment (PPE), the US Centers for Disease Control and Prevention (CDC) has confirmed.

The 75 scientists were working in a laboratory facility in Atlanta, Georgia, when the accident happened. Discovered on June 13, the incident is thought to have taken place any time before from June 6.

The CDC issued a statement saying:

“Although the investigation continues, early reports show that one of its Roybal campus biosafety level 3 (BSL3) labs was preparing B. anthracis samples for research...

“The potentially infectious samples were moved and used for experimentation in three CDC Roybal campus laboratories not equipped to handle live B. anthracis. Workers, believing the samples were inactivated, were not wearing adequate personal protective equipment while handling the material.”

The statement went on to add that safety investigators were continuing their work, but had already discovered that some samples may have been released into the air too. All staff were issued with antibiotics and are being monitored for any effects of exposure.

The CDC also confirmed that its investigations concluded that there were no risks to other members of staff in the facility, their families or to members of the general public.

The areas where the incident happened have now been decontaminated and are safe to resume lab operations. All live bacteria and contaminated plates found in the area have been destroyed.