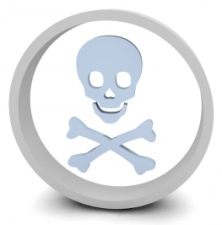 A building company has pleaded guilty to breaching health and safety regulations, along with a breach of regulation 13(2) of the Construction (Design and Management) Regulations 2007, following the death of a business owner from Ilford, London.

The owner of Taniya Dry Cleaners, Muhammad Javid Butt, 63, was discovered lying against a wall inside his dry cleaning shop. The incident occurred on 5th October 2013. Officers were called to the shop, but they were immediately aware of a strong smell of gas in the building. They left the dry cleaners so they could obtain gas masks that were kept in their vehicle. The fire brigade arrived and moved the shop owner from the premises. Although paramedics attempted to resuscitate Butt, he had died at the scene.

Following an investigation of the building, it was found that the external flume of the boiler, necessary for ventilation of poisonous fumes, had been cut by builder Keith 'Bruno' Morris of 6699 Limited. The pipe had been shortened so that it would be a safer area for builders to work.

Tests found that the levels of carbon monoxide had been 10 times greater than those at which they can become toxic. The builder was sentenced to eight months in prison and suspended for two years, while the company will be sentenced in July this year.

Carbon monoxide and other toxic substances are highly dangerous and those who are dealing with them must wear PPE, which may include the use of gas masks.