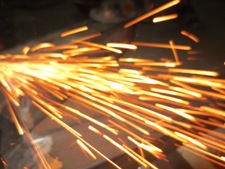 According to recent figures, Britain’s manufacturers are experiencing a surge in both new orders and output – both of which grew at the fastest rate in nearly 20 years through August.

The Purchasing Managers Index (PMI), which was compiled by the Chartered Institute for Purchasing and Supply together with financial services firm Markit, showed that both the number of new orders and the industry’s output were at their highest since 1994.

Manufacturing accounts for around a tenth of the country’s GDP, and its overall performance has grown for five consecutive months.

Analysts have pointed to the positive figures as an indicator of increasing momentum for the UK’s economic recovery.

Howard Archer, from IHS Global Insight, said the findings also suggest that GDP growth might even surpass the 0.7% quarter-on-quarter growth of Q2 2013.

Manufacturing in the UK still remains smaller than it was before the financial crisis but, after a shaky performance in 2012, it is now believed to be on the rebound.

In some areas of the UK, particularly Worcestershire, manufacturing firms are confident of creating new jobs – providing additional employees with the necessary training and essential workwear – over the next 12 months.

The manufacturing PMI stood at 57.2 (readings above 50 represent expansion), which is the industry’s highest index figure in two and a half years. The measures of output and new orders rose to 62.4 and 61.8 respectively.