Specialists in health and safety fined 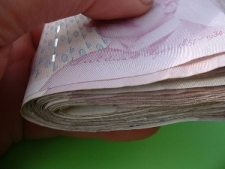 Worksafe Training Consultancy had been charged with two offences under the Health and Safety at Work Act, and initially pleaded not guilty. However, the company has been ordered to pay a fine of £22,500 and costs of £22,000.

In 2014, two employees at the furniture company were injured while operating machinery. Stefan Puricel and Caine Heathcote were both seriously injured, according to prosecutor James Hodivala. The Health and Safety Executive decided to prosecute following the incident, saying that “bad advice” was given by Worksafe to the furniture company.

Jan Cavelle Furniture was also fined for failing in its duty of care to employees. Russell Fife, the Managing Director of Worksafe, admitted that the advice provided by the consultant had been “inadequate” but stated that his company had not been attempting to make money by subcontracting to the consultant. According to Fife, his business was paid £1,500 by the furniture company, and half would be paid to the consultant.

All companies have a duty of care to employees, possibly including the use of PPE, safety workwear and provision of health and safety training.