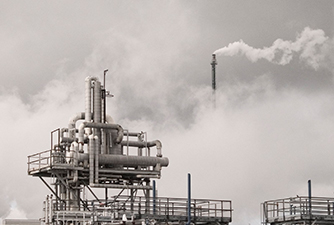 Health and safety officers recently instructed fuel giant Shell to close down a platform in the North Sea over worries of a potential explosion from corroded pipework.

No matter what protective workwear their staff would have been provided with, the consequences from the corrosion could have been disastrous, as inspectors uncovered damage in a part of the Armada installation's flare system.


The expected pipe thickness is 7.1mm, although the June inspection measured it at around 1.6mm. The inspectors issued the prohibition notice as a result of its findings.

A spokesman for Shell confirmed that the company was given a prohibition notice on June 19 as a result of the damage to the flare system. He said that they have rectified the damage as requested by the notice and that the platform was back on action on July 9.

"Shell UK also received two improvement notices on 22 June, 2017 in relation to both pipework and heating and ventilation integrity on our Brent Charlie platform in the northern North Sea.

“Work is ongoing on the Brent Charlie platform to complete the necessary actions required by the improvement notices.”

It was reported earlier in August that Shell had also been served a prohibition notice by inspectors due to a gas and oil leak on its Brent Charlie platform.

The installation, some 155 miles from Shetland, was closed down following May's escape, and over 30 staff were laid off.

Also in August, the Health and Safety Executive stated that the BG Group, which formerly operated the Armada installation, omitted to implement gas detection equipment that was recommended some 14 years earlier.