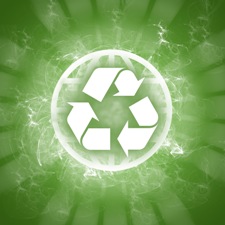 A report produced by trade union GMB has declared that five recycling sites in Sheffield are putting members of the public and workers at risk, following a number of breaches of the Health and Safety Act.

The report states that skips have been overloaded to a dangerous level, while glass and debris litter the footpath used by members of the public. Children have also been spotted accessing a site without being challenged.

The report has been sent to Sheffield Council and also Veolia, a household waste firm that runs the five Household Waste Recycling Sites located in Sheffield. The firm now faces a possible fine of £70,000 as a result.

Green Company, which is subcontracted to the run five sites in Sheffield, is allegedly not adhering to the basic guidance for health and safety. The fine has not yet been issued, although it is being considered and inspectors are believed to have recommended the penalty, according to the GMB.

The first issues came to light in November last year, when a child was seen entering one of the sites without being questioned. At another site, a JCB was in use despite the door window being smashed. Public footpaths used to park cars have also been seen covered in broken glass and debris.

Although PPE should be provided for employees at the site, members of the public will need to be kept away from any hazardous substances that could cause serious injury.