Sellers of PPE to be accountable for quality 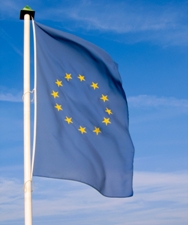 Under a proposed European directive, distributors and retailers of personal protective equipment (PPE) will be responsible for ensuring that the gear meets the specified safety standards.

Construction workers, suppliers and others in the UK are concerned that some of the PPE on the market does not meet the current safety standards and offers very little, if any, protection to workers, putting lives at risk.

A number of suppliers in the UK are supporting proposals for a European directive that will make retailers accountable for the PPE they sell. According to the marketing director of one supplier, a quantity of sub-standard and counterfeit PPE has appeared in the UK. The equipment is often poorly made, doesn't comply with current safety regulations and, in some cases, has false safety certification.

The director said that as it can be difficult to spot the fake PPE, it was even more important to buy from a reputable supplier, making sure it conforms to British or European safety standards. The proposed directive would ensure that retailers and distributors would have to keep records of stock and make sure that items sold meet the required safety standards, which will be welcomed by the industry.

The Trades Union Congress adds that the problem is partially due to kit being imported from countries outside Europe, where safety standards are not as stringent. Traders are being warned to be extra vigilant when purchasing PPE and only buy from a reputable distributor or retailer.