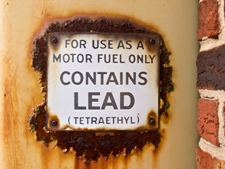 A scrap metal firm based in Darwen has been prosecuted by the Health and Safety Executive (HSE), with a fine being handed down after workers were found to be suffering from lead poisoning.

One worker, a 48-year-old man who wishes to remain anonymous, was hospitalised with seven times the acceptable level of lead in his body. Such high levels risk serious damage being caused to the brain, kidneys, nervous system and reproductive system.

Frank Barnes (Darwen) Ltd was prosecuted at Preston Crown Court after the HSE investigation found that workers were regularly being exposed to lead fumes and dust. The danger continued despite multiple warnings being issued by the UK's health and safety body.

A number of these warnings should have resulted in workers being commissioned elsewhere. However, the HSE found that such instructions were repeatedly ignored. Workers were additionally found to not have been provided with any personal protective equipment (PPE).

The firm entered a guilty plea, before the court handed down fines and costs amounting to just under £60,000.

After the hearing, the HSE inspector on the case, Michael Mullen, said:

“This is one of the worst cases I have dealt with as an inspector.

“Workers were not warned about the risks they faced, nor given suitable protective masks or clothing.”

Mullen went on to say that the firm had failed in its duty to assess the level of risk at its sites, resulting in a lack of adequate control measures and safety actions being set in place.