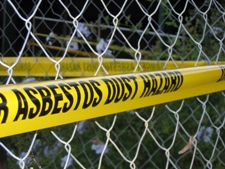 A company based in Oxford has been prosecuted following the discovery of asbestos at a school during renovation work.

Lings Primary School in Northampton was having refurbishment work carried out to the roof, when the toxic substance was uncovered. Amey Communities Ltd, based in Oxford, had been contracted to carry out work on the school, primarily the roof. During the process, workers discovered the presence of asbestos in a plant room.

Northampton Magistrates' Court heard that inspectors from the Health and Safety Executive (HSE) had carried out a thorough investigation, finding flaws in the project management put in place by Amey Communities Ltd. It was found that the company had failed to identify that there could be asbestos in the building, while also failing to monitor the situation. The workers should also have received training on working with asbestos, but had not.

Sam Russell, an inspector from the HSE, said:

“The serious health risks of asbestos which is a class one carcinogen are well known and publicised. Any maintenance or construction work undertaken in buildings built before 2000 must consider and manage the risk of possible asbestos containing materials.”

The company was fined £20,000 and also ordered to pay costs of £1,737. The inspector added that failing to consider asbestos during a construction project places members of the public and occupants of the building at risk. The use of PPE and other protective measures is just one aspect of dealing with asbestos that must be considered.