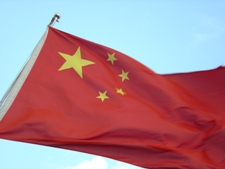 The world's largest smartphone manufacturer has said that 59 of its Chinese suppliers have failed safety standard checks. Samsung Electronics also said that most of its suppliers in China failed the nation’s own overtime working hour laws.

Samsung is currently auditing its supply chain as part of a move to improve conditions for plant workers. Being taken by a number of firms, it comes partly in response to external pressure. In 2012, the firm was criticised for not ensuring it suppliers were providing a safe working environment.

The South Korean company, which makes the best-selling Galaxy smartphone, said that additional training of suppliers was immediately taking place.

It also said that it would make sure that adequate personal protective equipment (PPE) – including gloves, safety goggles and dust masks – were being provided at all premises.

An improvement in standards at factories in China is being targeted by hundreds of foreign-firms. As the business landscape becomes increasingly competitive, it is only one challenge being faced.

A director at the Korea Institute for Industrial Economics & Trade in Beijing, Lee Moon Hyung, explained:

“Labour costs are rising in China so it’s becoming more difficult for companies operating there.

“They also have to meet their social responsibility standards. That’s not optional.”

The electronics giant’s audit also found 50 suppliers who were not doing enough to set up emergency plans, while a further 40 failed to carry out evacuation drills.

Samsung will implement a full supplier compliance checklist later this year, with standards also being increasingly monitored by the firm across its global network.