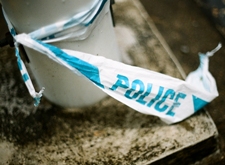 Over 100 pieces of safety workwear and personal protective equipment (PPE) used on construction sites have been stolen in a burglary at a Leicester storage facility.

With thousands of pounds’ worth of stock taken, including safety boots and trousers, police are asking people to keep an eye out for anyone offering them suspicious PPE gear.

The burglars managed to get away with around 70 pairs of boots and perhaps as many as 50 pairs of safety work trousers. Knee pads were also stolen in the haul, which includes items by leading names in the PPE industry, such as Scruffs, Dickies, Mascot and V Series.

Helly Hansen gear was also stolen in the burglary.

A spokeswoman for Leicester Police confirmed that an investigation into the incident had been launched, and urged people to report anyone approaching them trying to sell the items.

"We would like to hear from anyone who has information about the burglary or who has been offered items for sale."

Those with information may contact Police Constable Christine Perry on extension 101 at Leicester Police Station. Alternatively, people can anonymously call Crimestoppers on 0800 555 111.

As well as getting away with between £2,000 and £3,000 worth of clothing, the burglars also caused extensive damage to the building in which the items were being stored.

Windows and a staircase were damaged in the incident and the owners have also reported that a safe was pulled over, with signs that the thieves tried to drill their way into it.