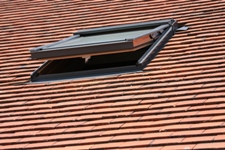 A roofing company has been told to pay a large fine after one of its workers was nearly killed when he fell from an unprotected roof.

The 29-year-old roofer, James Hopkin, was carrying out work on a pitched roof when the incident happened. Hopkin fell onto a tenement roof before landing heavily in the courtyard of a neighbouring property.

Suffering potentially fatal injuries, there was no form of safety measure in place on site which may have mitigated Hopkin's injuries or prevented the fall from happening in the first place.

Though fortunate to survive, the life-changing head injuries Hopkin sustained still left him lying in bed for months.

The presence of safety workwear and edge protection could well have stopped the incident from happening, the investigation by the Health and Safety Executive revealed, which was explained to Truro Magistrates Court.

Pleading guilty to breaching working at height regulations, Plymouth-based B&C Roofing was hit with a fine of £16,000, in addition to HSE costs of £9,627.

After the hearing, one HSE spokesperson said that it was lucky the fall did not ultimately prove fatal, going on to say:

“Falls from height are the biggest cause of workplace deaths and it’s crucial that employers make sure work is properly planned, appropriately supervised and that sufficient measures such as edge protection are put in place to control the risks of harm from falls.”

The spokesperson went on to say that there wasn’t an excuse for failing people in safeguarding them when working at height.