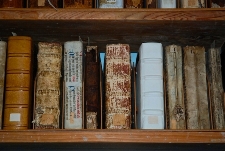 Health and safety advice issued to workers during the 16th Century has been found by researchers at the University of Oxford.

According to ancient data, almost half of the fatal incidents in the 16th Century occurred in the workplace. Coroners’ reports dating back to 1551 to 1600 were unearthed by the research team, which were studied to see how a typical working day would take place. These reports indicated that workers were trampled by livestock, mangled in mills and even diced. The most dangerous occupation was driving carts, as the drivers often dozed off and fell under the wheels of the cart. Sometime, the driver lost control of the horses or tipped them over.

Accidents involving scythes were common. Advice was given to walk in a diagonal line while working to avoid contact with a neighbour's scythe. However, one of the entries in the coroner's reports gives details of Richard Goodall, who fell into the path of a scythe and died just three hours after the back of his leg was sliced. Although safety advice was published, some occupations remained dangerous, especially those involving water, animals and weapons.

According to Professor Steven Gunn, the lead researcher, some of the same incidents occur today. Transport and building sites are examples of dangerous occupations. A notable difference is that workers today wear safety workwear and use PPE.

He added that although the Tudor life seemed violent, many of the deaths were due to a lack of medical supplies that often led to infection and death.