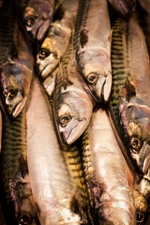 New research in Sweden has shown the dangers of the fish processing industry.

According to the team of scientists, those working in the fish industry are at a significantly higher risk of developing allergies and respiratory conditions if not wearing the right workwear.

Publishing the results of their study in the 'Annals of Occupational Hygiene', the researchers found that tiny particles in the air can trigger severe breathing and allergy issues in high risk groups.

The problem is said to worsen with proximity to filleting machines and high-pressure cleaning machines.

The condition has been dubbed 'herring lung' by the scientists in reference to the popular Swedish fish dish.

The problem is not confined to Scandinavia though.

In the UK, lung diseases in the workplace are on the increase, with occupational asthma now accounting for one fifth of all new cases.

According to occupational lung disease consultant Dr Joanna Szram: "Fish processing workers are a known at-risk occupation, seen in population studies and reported to registries in many countries including the UK."

It is a problem that Seafish UK is eager to address.

Calling for PPE to be worn by anyone on the factory floor, Michaela Archer of the industry body said: "Where people are prone to such issues, companies can provide a range of safeguards such as breathing apparatus, guards over machines, protective clothing and health and safety training."

Breathing problems are a risk in any dusty environment but proteins released in fish processing are more problematic because they are allergens.