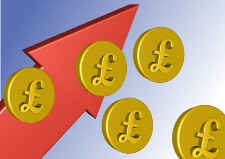 According to a new report published by the Trades Union Congress (TUC), health and safety representatives save the economy millions of pounds, while also reducing illness and injuries in the workplace.

The contribution made by the 100,000 trade union representatives for health and safety, was showcased during the Heartunions week, when the report was launched to highlight the positive impact of the representatives.

The report, titled ‘The Union Effect: How unions make a difference on health and safety’, stated that a workplace with a union presence will have 24% fewer injuries than a workplace without a union. A union presence encourages reporting of injuries and increases risk awareness. As a result, working days lost due to accidents and illness in the workplace are drastically reduced, saving the economy over £181m.

An estimated 10,000 people are trained to be health and safety representatives every year by the TUC, while even more are trained by their local union. Previously, union representatives were the first to highlight the dangers of working with asbestos, Repetitive Strain Injury and violence in the workplace. Despite the benefits of having union representatives, the government has passed a bill which will reduce the amount of time that public sector health and safety reps are permitted to spend helping members in the workplace.

All employers have a duty to provide a safe working environment, which protects workers from the risk of illness or danger. This often includes the provision of special workwear for those working with hazardous materials.