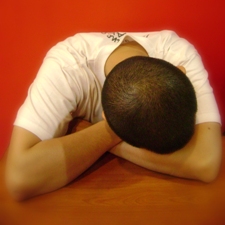 With many shift workers in dangerous industries and positions, where workwear and processes are paramount, the study has suggested that a shift worker's brain could age by six years more than is normal in a space of 10 years.

The results of the survey, which appeared in the Occupational and Environmental Medicine journal, said that the brain could recover if shift working stopped, but over a period of five years.

The team of researchers, from universities in Swansea and Toulouse, studied 3,000 French workers. It tested their memory recall through processing speeds and other cognitive abilities – all critical in safety-sensitive positions.

Individuals who had worked for a decade more in a shift pattern were shown to have a brain age of someone six years older.

Speaking with the BBC, one of the researchers involved, Dr Philip Tucker, said:

"It was quite a substantial decline in brain function, it is likely that when people trying to undertake complex cognitive tasks then they might make more mistakes and slip-ups, maybe one in 100 makes a mistake with a very large consequence, but it's hard to say how big a difference it would make in day-to-day life."

Dr Tucker went on to add that taking steps to alleviate the decline in brain function was possible, such as carefully designing schedules of work and regularly assessing the cognitive abilities of staff.