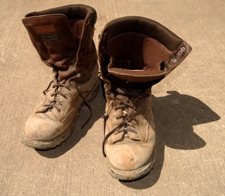 Growing regulations in site safety across Europe and North America is driving up the demand for protective footwear, according to new research.

Figures released by Transparency Market Research say that, on a global level, the protective footwear market generated $2.4bn (£1.4bn) in 2012.

In its report, the 'Global Industrial Protective Footwear Market - Industry Analysis, Size, Share, Growth, Trends, and Forecast, 2013- 2019', the market research firm predicts that this figure is set to soar.

With personal protective equipment (PPE) being increasingly demanded by industry, workers are now expected to wear adequate footwear in many environments. In the chemical, gas and oil industries, such footwear has been a requirement for many years. The same is true in construction and manufacturing.

Construction particularly is driving sales of protective footwear, with emerging economies building at a rapid rate. The fastest single growing sector, however, is the oil and gas industry, with the Middle East leading this.

It is the established economies that still hold the greatest market share, however, with Europe leading North America.

Both areas are increasing regulations to ensure worker safety, while growing niche markets are also driving up the use. The market is seeing greater replacement footwear bought as well, with workers and employees seemingly more aware of the way clothing can become gradually worn out through continued use.

In Europe, there is also an increased demand for safety footwear for women, as more of them pursue a career in construction.