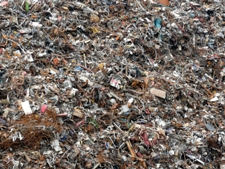 Workers in Sheffield who process recycling collections are out on an indefinite strike, citing management as treating them like trash over pay and conditions.

Staff working for the city's Green Company are taking the action, with one worker saying that management told them to urinate behind skips. According to the report in the Socialist Worker, the employee – identified only as Jim – continued to explain:

“There’s no toilet or shower facilities, which we need when we’re handling acids.”

The conditions are said to be the same at all five Green Company satellite sites across the city, with another worker, Anthony, claiming that the firm, which is sub-contracted by Sheffield City Council, only had adequate facilities at its main sites.

“[It was only] under immense pressure, we got proper facilities on the three main sites.”

However, the workers are also claiming that the company is not providing adequate safety workwear for the often dangerous tasks they are expected to carry out as part of their responsibilities.

Another member of the picket line, named in the report as Chris, explained that he has had to work with old gloves 'for ages'. Another worker, James, said conditions were better under his former employer, going on to explain:

“Veolia used to supply Personal Protective Equipment (PPE) suits, but this one doesn’t even do that.”

He works at the main site, but went on to say that his fellow workers at the satellite facilities had it even worse. He also asserted that conditions have not improved in the last decade.

Though the lack of PPE is a key issue for the workers, they have also claimed that the situation has been exacerbated by pay, with salaries often being delayed by as many as three days.