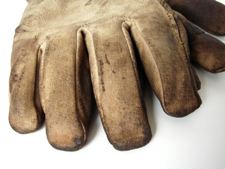 A food company in Pinchbeck, Lincolnshire has pledged to improve health and safety procedures following an incident that led to a worker's fingers being severed.

The company was fined more than £41,000 following an investigation by the Health and Safety Executive (HSE). Greencore Food to Go was fined by Boston Magistrates court when found guilty of breaching health and safety regulations.

In 2013, a supervisor revealed that he had concerns about the safety of an industrial mixing machine. Greencore didn't take any action following the report, leading to an accident in 2014 in which a worker lost two of his fingers while cleaning the same machine. According to a spokesperson for HSE, the worker's hand came into contact with the paddles of the machine while cleaning, and two fingers were severed as a result. In addition to the company failing to act on the report of an unsafe machine, the worker had not received training to use it. The spokesperson said the standards for the guarding of the machine were widely available and easy to understood, but were not met on this occasion.

Around 150 million meals are produced by the company annually. Following the incident, the company has stated that it will take action to improve health and safety procedures, which the firm believes are already robust. Companies must take appropriate action to ensure the safety of its workers, which may include the use of PPE and comprehensive training when working with machinery.