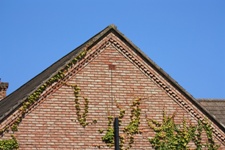 A contractor and the director of a company have been handed prison sentences, following the death of a man who was working on a roof to help out a friend.

Terry Lewis, 65, was a retired mechanic who was helping Leigh Bakewell to clean roof lights on a building located in Congleton, Cheshire in June 2013. Warrington Crown Court was told that the roof and roof lights were not strong enough to be able to support the weight of an individual, causing Lewis to fall through the roof and land on the shop floor around seven metres below. Lewis died following the incident.

A Health and Safety Executive (HSE) investigation discovered that Bakewell was not a roofer and was, in fact, a gardener, with insufficient knowledge and experience to carry out the work. Roman Lodge Asset Management Ltd and the director, Jonathan Marshall, had both failed to supervise or plan the work, due to not understanding the risks of working on fragile roofs, the HSE found.

Companies are required to take relevant precautions to prevent illness or injury to workers, which includes the provision of training, risk assessments and the use of PPE where necessary.