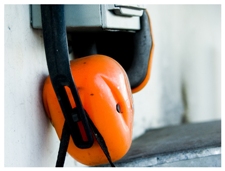 A retired print worker has been successful in his claim for not being provided with the right advice or equipment for two decades.

Roy Walton, who operated print machines for W. E. Berry in Shipley from 1975 to 2004, brought the claim after he started to suffer from hearing loss. Walton, who is 69, had been exposed to consistent loud noise without adequate personal protective equipment (PPE).

Walton started noticing the issue with his hearing more than five years ago, first thinking a build-up of wax could be the issue. However, he was diagnosed with hearing loss, and will now most likely have to wear hearing aids much earlier than would normally be expected.

“Not once in the first 20 years was I warned about the dangers and now I am going to require hearing aids. It is such a frustrating feeling losing your hearing and it can be very upsetting that I can’t have a normal conversation with my wife.”

Walton went on to explain:

“It wasn’t until the latter years of employment that any sound proofing was actually implemented.”

Working with solicitors who specialise in cases of industrial deafness, Walton was awarded a four figure undisclosed payout from the former employer, which has gone out of business in the intervening years.

Discussing the case, a spokesperson for the solicitors said it was essential that employers take implement robust policies for health and safety, provide full protective equipment and warn of potential dangers.