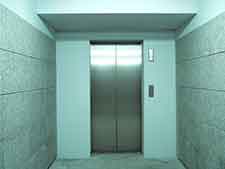 The operators of a stately home that has featured in popular British movies, have been found guilty of breaching health and safety regulations, following an incident that resulted in a butler being crushed to death.

Arthur Mellar, who had worked as a butler at Burghley House in Stamford, died as a result of injuries sustained on 12th July 2014. The lift was in use, transporting the guests' luggage from the ground floor to the second floor. When one of the bags became stuck, 48-year-old Mellar attempted to free the bag, but the lift came down, trapping the butler between the stairwell bannister and the lift cage.

Peterborough Crown Court was told that an examination of the lift by the Health and Safety Executive (HSE), had shown that a slack rope detector had not been fitted, which would have been discovered by a risk assessment. An experienced lift engineer would have recognised the lack of a slack rope detector, along with other defects related to the lift.

Burghley House Preservation Trust Ltd was fined £266,000 and had to pay costs of £16,863. Although Alison Ashworth from HSE stated that the incident had been completely avoidable, it was acknowledged that this would not bring any comfort to the family of the deceased.

Other companies that use lifts were warned to take note of the case, and implement required measures and precautions. This often includes the use of PPE, and utilising the skills of professional lift engineers to identify faults.