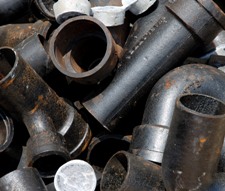 A South Yorkshire company has been fined after a 57-year-old man incurred serious injuries, following the explosion of an oxygen pipe.

The incident, which occurred on August 9, 2013, happened when the employee carried out work on a pipe carrying pure oxygen. The worker was an in-house contractor for Sheffield Forgemasters Engineering Limited. During the work process, he conducted several checks and heard a hissing noise from the valve. During an investigation of the noise, the pipe and valve exploded and burst into flames.

Although the employee was not initially expected to survive, he underwent a number of skin grafts while being kept in a coma for several weeks as a result of third degree burns.

The Health and Safety Executive (HSE) conducted an investigation, and discovered a secondhand butterfly valve and flanges containing materials not suitable for use with oxygen. It had been foreseen that work would be carried out on the pipes across the site, although no action had been taken. It was also found that no training had been implemented, and no responsibility levels had been allocated for the management of this type of work.

The company pleaded guilty to breaching the health and safety regulations, and was fined £1,000,000 along with costs of £58,000.45. Carol Downes, HSE inspector, said that the incident would have been avoided if checks had been carried out.

Although checks, training and other procedures would have prevented the incident, the use of PPE can also help to minimise injuries in the event of an incident.

All companies must provide suitable training, PPE and specialist workwear, to allow workers to act in an emergency.