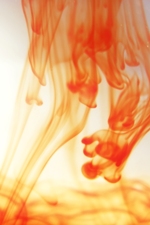 Two pharmaceutical companies have been fined a total of £120,000 after being found guilty of multiple breaches of health and safety regulations.

The firms, both based in Flintshire and both now in liquidation, were prosecuted by the Health and Safety Executive (HSE).

Mold Crown Court heard that Archimica Chemicals Limited and Euticals Limited were responsible for a number of incidents between November 2011 and 2012.

The court heard that in November 2011, methyl iodide was released into the atmosphere due to a failure in procedure.

In February 2012, a worker spent three weeks in hospital for iodine poisoning, having become exposed due to a lack of personal protective equipment (PPE). The worker continues to suffer the effects, which include speech loss and depression.

The court went on to hear that in June and July of 2012, another worker was exposed to the same toxic substance. Treated for a full body rash and blistering to his ankles and wrists, the man continues to suffer with occupational dermatitis.

The court was also told of a training incident on 26 July 2012, where a worker was nearly killed as a result of a pulmonary embolism caused by methyl iodide exposure. Poorly fitting PPE was found to be responsible. He continues to suffer with speech impairment, memory loss and mobility issues.

In November 2012, the court heard, another incident saw three workers being exposed to dichloromethane. A lack of monitoring equipment resulted in one man slipping into unconsciousness and all three being admitted to hospital.