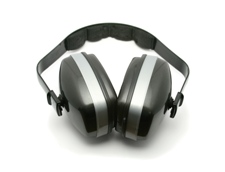 A Stoke pensioner has been awarded compensation from his former employer, after pursuing a claim for not being provided with adequate personal protective equipment (PPE).

James Hooton, who used to work for tyre manufacturer Michelin, claimed that his hearing had been permanently damaged after not being provided with ear protection. In a career spanning 28 years at the firm, Hooton said he never received plugs or defenders for his ears, despite being exposed to loud noises.

While employed at the firm's Stoke factory, Hooton repaired tyres from 1958 to1986. Throughout the work, he was subjected to noise from motors, drills and cutting machines, saying:

"It was that loud that if you wanted to talk to anyone you had to shout. I was never given ear plugs. I just accepted it. You were glad to have a job."

With his hearing deteriorating, Hooton was diagnosed last year with partial hearing loss in both ears and tinnitus. It has left him feeling increasingly frustrated, as he explained:

"My television is turned up to the highest setting. Looking back I wish I had been given the right protection so this could have been avoided. I hope this highlights to other companies just how important providing safety equipment is and that action is taken to make sure this problem doesn't happen to others."

Whilst Michelin has not admitted liability for Hooton's condition, and says it takes staff health and wellbeing seriously, the firm has agreed to pay £2,500 in compensation.

The former tyre repairman will use the money to buy specialist hearing aids.