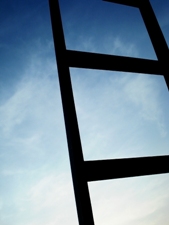 A contractor has admitted breaching health and safety regulations following an incident in which a painter fell from an unsafe ladder.

In May 2013, the 55-year-old painter was conducting work on behalf of contractor Hardev Singh, at the EF Biofuels premises in North Somercotes. Lincoln Crown Court heard that the worker had spoken to Singh, saying that he believed the ladder was defective. The painter suggested that he should work using a scaffolding tower instead. However, Singh dismissed the concerns of the painter, saying that he would steady the ladder himself by holding it.

While the painter was up the ladder working, Singh moved away from the ladder and it slipped, causing the worker to fall from a height of three metres. He suffered a dislocated shoulder and a shattered knee as a result. The court heard from prosecutor Ben Mills that the worker had been in hospital for three weeks following the incident, with treatment still taking place a year later. Singh, 33, admitted breaching health and safety legislation.

Judge Stuart Rafferty QC told Singh that there had been a real risk of injury to the worker, but he had blatantly told him to continue working and then left the ladder unattended. The Judge ordered for Singh to conduct 180 hours’ unpaid work, and also gave him a 12-month community order.

All employers must comply with legislation in order to prevent accidents occurring, with the provision of specialist workwear or equipment usually given priority.