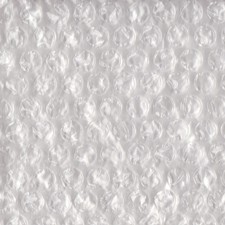 A packaging company from Blackburn has appeared before prosecutors after an investigation by the Health and Safety Executive (HSE) found “appalling” safety standards at its premises.

The action against Europlast (Blackburn) Ltd was brought after an incident in June 2012, in which a 26-year-old worker had a finger from his left hand amputated by an unguarded bubble wrap machine.

The HSE investigation found that there were a number of machines being used at the Shadsworth Business Park site without guards. It also found that two other workers had been injured in the nine months before the latest incident.

Additionally, the investigation found that staff had had a lack of appropriate training and workwear standards were not maintained.

Appearing before Preston Crown Court, the firm pleaded guilty to breaching regulations covering safety at work. Europlast was fined £50,010 for the breach and handed an order to pay the HSE's prosecution costs of £23,102.

Speaking after sentencing, the principal inspector on the case, Mike Sebastian, said:

“There appears to have been a complete absence of any attempt to organise or control health and safety at the factory, with the company apparently showing a total lack of care about the safety of its employees.”

Sebastian also explained that the worker is now unlikely to be able to find suitable employment in the future. Unable to use his left hand to lift or grip anything properly any more, he has only ever worked in positions requiring full mobility and dexterity.