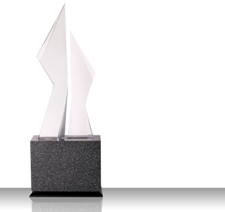 One of the leading manufacturers of personal protective equipment (PPE) in the UK has been recognised for its safety record.

The Institution of Occupational Safety and Health (IOSH) sponsored Health and Safety Award was presented to the 3M factory at Newton Aycliffe in County Durham.

With the factory said to have an 'engrained culture of care', the site has clocked up millions of working hours since it last suffered any down time as a result of a safety incident.

The plant manager for the site, Colin MacLeod, said:

“We are both privileged and honoured to receive this prestigious and extremely important award.”

Mr MacLeod went on to say that the award was recognition of each employee at the site being committed to health and safety.

As well as a behavioural safety scheme, some 250 people have received training, allowing them to provide individual safety talks.

There were also in excess of 6,600 shop floor-led discussions to identify, reduce and eliminate potential hazards in 2013 alone, leaving the awarding committee to say:

“The bar has been raised on health and safety across the board this year with several finalists recording one million hours without a lost time accident. But 3M stands head and shoulders above everyone (with) more than two million.”

With PPE an essential requirement for industry, workers at the Aycliffe site are responsible for producing both one-time use and reusable respirators.