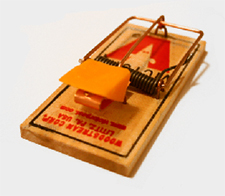 An emergency notice was recently served on the owner of an Indian takeaway in Swindon, Wiltshire to stop the owners from cooking food in a kitchen infested with mice, mould and rot.

Pritam's Indian Takeaway in Cricklade Road was ordered by the local magistrate's court to destroy all the food that had been prepared, at the owner's expense. Swindon Borough Council had been interested in the takeaway since 2012, when the owner Herdeep Singh had been trading from Cricklade Road. Officers from the council had been constantly refused access to the premises, until recently when Singh’s son had been left in charge.

According to Rosemary Heath, the prosecutor acting on behalf of the local authority,  Singh had been ill for a few months and her son had taken over temporarily, despite not having food hygiene training. According to the officers, there is evidence that about 1,000 samosas were being prepared and sold on a daily basis. On inspection, the kitchen contained cat food and equipment used for cooking stacked unsteadily, with raw meat also stored haphazardly. When the fridges had been moved, evidence of mice included droppings and nesting material. Although a mousetrap had been laid down, indicating that the business owner knew about the problem, it had not been set.

Mouldy food, a carpeted area in the kitchen and the possibility of cross contamination from raw meat were all evidence of poor hygiene practices. All businesses have to abide by regulations to create a hygienic food preparation area, including the use of specialist workwear if necessary.