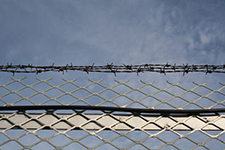 A Worcestershire woman needed surgery when she was struck by pieces of fencing wire – an incident resulting in a six-figure fine.

On May 18, 2015, flailing was being carried out by a subcontractor, Complete Tree Services (CTS), when pieces of the wire were sprayed from the mechanical flail. Redditch Magistrates' Court was told that the member of public was in her garden at the time of the incident when she was struck once in the leg and then again in her neck. The pieces of fencing wire had become tangled in the machinery. The head of the mechanical flail was raised to remove the wire, and the wire flew towards her garden. The metal, which had struck her in the neck, had to be removed surgically.

Although it may not be possible to provide PPE for nearby members of public while work is being carried out, safe working procedures and thorough planning should be in place to prevent injury occurring.