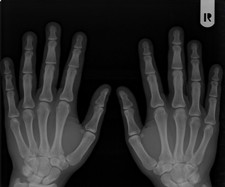 A worker suffered a serious injury to his hand while working at an animal feed company in Saxlingham Thorpe, Norfolk.

The employee had been working for W L Duffield & Sons Ltd, cleaning a mill, when the incident occurred. Norwich Magistrates' Court heard that the worker, 64, had been vacuuming the mill, which produces animal feed, when he placed his right hand onto a frame of a slide valve. The slide valve suddenly opened, and the steel shutter moved along the frame, trapping his little finger in the process. Although he was taken to hospital, the employee had to have the finger amputated.

The Health and Safety Executive (HSE) conducted an investigation into the incident, and found that the covers that had been designed to prevent incidents like this were not in place on two out of the three slide valves located at the mixer's base. W L Duffield & Sons Ltd entered a guilty plea to a breach of Regulation 11 (1) of the Provision and Use of Work Equipment Regulations (PUWER) 1998. The company was fined £50,000 and had to pay court costs of £1,008.

Anthony Brookes, the HSE inspector, stated that the firm's failure to protect the worker from dangerous machinery had resulted in a life changing injury. He added that all companies needed to ensure that they had necessary protection in place, which would likely include the use of PPE and safety workwear.