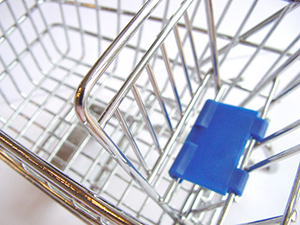 A supermarket in Leicester has been fined after being found guilty of breaches to health and safety, which could have led to staff being seriously injured.

Goldens Ltd, which became the owner of the Yours Supermarket in October 2014, was found guilty of placing staff at risk of amputating limbs on a bandsaw, while other staff were at risk of falling onto a spiked fence.

Leicester Crown Court was informed that a loading point on a first floor was positioned above spiked gates. As no safety barrier was in place, it was possible that staff could have fallen onto the spikes. This area was in use from November 2014 to April 2015.

The court also heard that between 2014 and 2016, meat slicing machines were positioned in a walkway, leaving nine butchers at risk of being knocked by others walking past. This could have resulted in limbs being caught in the bandsaw. Furthermore, the safety mechanism on these machines was “held up by elastic bands”.

The council had already investigated, as butchers had suffered amputation previously. Although the use of the elastic bands wasn't a direct breach of the regulations, Judge Adrienne Lucking stated that it could not be condoned as a safety measure. In 2015, health and safety inspectors issued an improvement notice to recommend that the machines were repositioned.

The company was fined £24,000 and volunteered to pay the costs of £19,720. The use of PPE is necessary when workers are using any machinery that could cause injury.