Improved health and safety is legacy of fallen firefighter 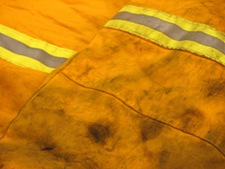 The Safer Firefighter Programme which was launched in Scotland during 2014, will now include recommendations for improved health and safety, following the tragic death of Ewan Williamson in 2009.

Seven years on, improvements have been suggested for the management and training of firefighters tackling fires. The Scottish Fire and Rescue Service recently produced a report in conjunction with the Fire Brigades Union (FBU), which contains a number of recommendations for the service. This includes the requirement for using PPE like breathing apparatus, as well as improved communication and ventilation.

Williamson was the only firefighter to die whilst in the line of duty at the Lothian and Borders Fire Service. Employed since 2003, he became trapped in a building and lost his life. The judge, Lord Uist, said of Williamson's death in the report:

“Whilst working to detect and extinguish a fire within the Balmoral Bar in conditions of restricted visibility and extreme heat, became trapped in a ground floor toilet and died there.”

The family of Williamson has demanded an inquiry into the accident and also seeks compensation. According to the report, training is recommended for the risk management and provision of support for firefighters who face stressful incidents. Recommendations have been made by the FBU, many of which were adopted.

The chief officer of the Scottish Fire and Rescue Service, Alasdair Hay, said that although being a firefighter will always be a dangerous occupation, the recommendations will help to avoid further tragedy. He added that the improved safety for firefighters will be a legacy left by Williamson.