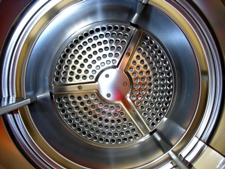 Recent research has suggested that workers who wash their own workwear while at home could be putting health and safety at risk.

The study was done for the European Textile Services Association (ETSA). It looked at the laundry habits of more than 1,600 workers across 10 sectors in the UK, as well as Belgium, Germany and Poland.

Studying habits of employees’ working professions, including construction and healthcare, it found some worrying trends. Most particularly, it showed that many people fail to appreciate the difference between hygiene and cleanliness.

The survey showed that many employees wash their workwear at low temperatures, despite most knowing that high temperatures are needed to effectively kill bacteria and micro-organisms.

It also showed that nearly 60% of workers often mixed their work clothing with the regular laundry, with just a quarter understanding that there can be cross contamination. Less than 50% always separate their laundry.

The survey also revealed that as many as half of all workers wear their protective work clothes on the daily commute.

According to ETSA, such trends are risking safety of employees and the public. In an official website release, it said:

“By allowing employees to wash their workwear at home, employers lose control of their responsibility for the health and safety of their employees and customers.”